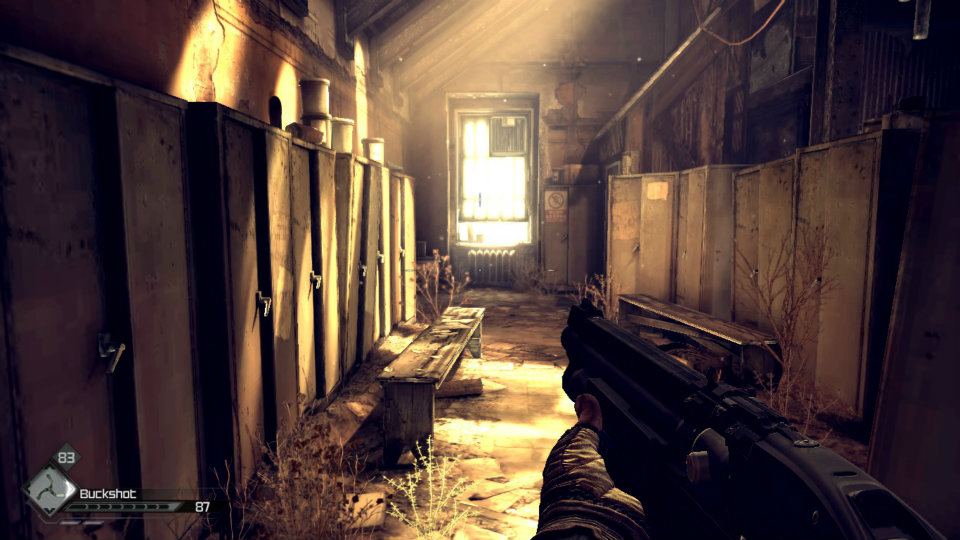 RAGE is really awesome!!! That’s especially true for old-school shooter fans like Doom and Quake. What RAGE brings is, the best shooting experience ever among all FPS games on the market. Through out the game, you will encounter all type of enemies, each ones have their own unique fighting style. Don’t think you can hide around the corner or run along the path to make your enemies chasing you around like other sissy shooting games. The mutants will climb, crawl or jump right at your face; the Authorities with organize a squad and tactically attack you; and there are huge monsters will blast the hell out of whatever you are hiding behind. As a result you will find yourself in a tight situation where your eyes have to concentrate on every bullet, you mind has to think about every solution and your mouth has to cry “SHIT! SHIT! SHIT!” while running like a little rat.

Graphically, the game looks great. RAGE comes with the newest idTech 5, and surely it doesn’t disappoint us. The world looks very detailed and the characters are incredibly life-like. In terms of character animation, no game out there is better than RAGE at the moment. The animations are applied for every joint possible, as you can easily see the movement of the character’s tongue when saying certain word, the curve of the finger when he press his hand against the table or the movement of the enemies when they are hit on their legs. All animations are extremely unique, like, when someone says “up town”, he actually points his finger to the sky, make me wonder could be a real person is talking with me. Everything makes the world of RAGE beautiful and lively. There are some technical issues with RAGE, though, like texture popping or sometimes the game doesn’t run at all. Update the game to the newest version as well as update your VGA driver will certainly help.

On the other hand, RAGE is still a FPS game with RPG elements. It is NOT a RPG shooters like Borderland and Fallout, so it may disappoint fans of those games. The open world of RAGE doesn’t really help much for exploring or doing side-quests. The Wasteland is rather like a lite version of Twisted Metal where you can drive from place to place and shoot other vehicles. There isn’t an option for you to level up your skill and the story is pretty simple and plain, so if you are looking for a RPG shooter, look elsewhere.

In a nutshell, RAGE is a game for true FPS hardcore players who are so bored with all “modern” FPS nowadays.